It’s been 12 years since we last saw Helen Fielding’s infamous character Bridget Jones, the wait is over and she has returned and is somewhat better than ever. In the third installment of the series, Bridget Jones’s Baby, directed by Sharon Maguire, who by the way did not direct the second, which we will pretend never existed at this point, because it could possibly be one of the worst sequels in movie history, comes back and is now 43 years old and at a completely different stage in her life. Bridget Jones (Renee Zellweger) is in a similar position as when we first met her back in 2001, sitting all alone in her apartment, but where in the first film she felt defeated, she is now okay with being single and happy that she has a great career as a successful news producer. She jumps around her house and embraces her place in the world. 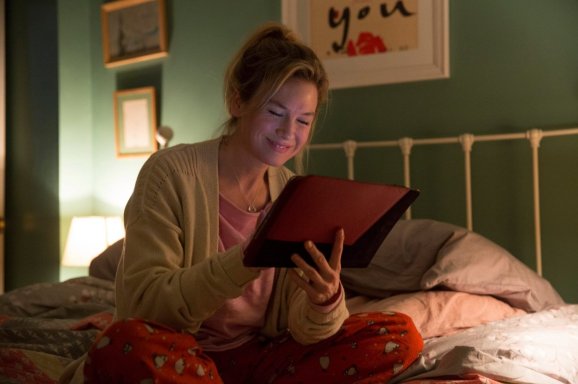 What has changed now is that all her friends are married with babies, the weekly rant sessions at the bar have been replaced by catching up at children’s birthday parties. Everyone is too busy to hang out, but Bridget finds comfort in hanging out with her 30-something pals at the news station. Miranda (Sarah Solemani) the head reporter at the channel, is just as crazy and funny as Bridget and decides to take her on a weekend romp to a music festival. Once again, we are reminded that she is still the bumbling mess she has always been when she meets Jack Quant (Patrick Dempsey) and decides to have a roll in the hay with him.

Back at home, Bridget continues to run into Mark Darcy (Colin Firth) and it is obvious that a connection still exists. You could hear the beating hearts and internal swooning of every woman in the theater every time he entered the screen. Darcy is still the same stern face, no-nonsense guy as before and despite his lack of emotional communication skills, Bridget is still endeared to him. There is just something about the two of them that is magnetic and infectious to watch. I think it reminds people of unrequited love and the ephemeral feeling of the “one that got away.”

Being that the film is about a baby, well you can guess what happens to Bridget. She becomes pregnant and must figure out who the real father is because it could be either Jack or Mark. What ensues from here, is all typical Bridget and it worked. Many of the scenarios and scenes in the film were similar to those in the first, but it didn’t feel trite and overplayed, it actually made sense and was fun to watch. I think Zellweger’s personality shined through and reminded us why we loved her character so much. Bridget is not living in a perfect world and doesn’t do everything right, nor does she always want to do the right thing, like most women in rom-com movies do, and that’s what makes her so loveable. She is every girl and despite being a mess, still a great role model for women. She stands up for what she believes in even if it embarrasses her and she is willing to own up to her mistakes. 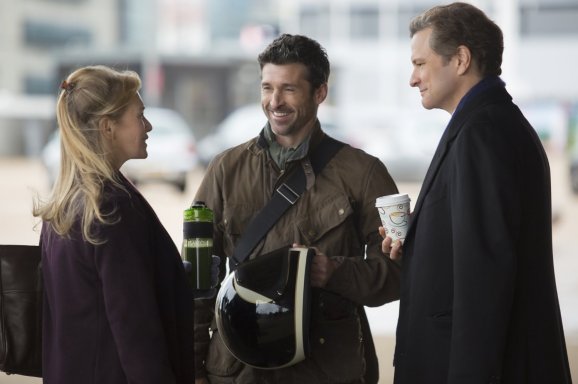 Zellweger was great in the film and it was great to see her back on the screen after being gone from the movie industry for over 6 years. Her smile is infectious and you just can’t help, but love her all over here again. What can I say, she had me at hello. Firth was equally great, he always delivers and knows how to play the Darcy role to perfection. Dempsey was great as the other viable father, he was charming and sweet and reminded everyone how he got that McDreamy nickname in the first place. Solemani stood out to me. I haven’t seen her in much and I have to say she almost stole the movie from Bridget. I would love to see a spin off on her life and mishaps.

If you enjoyed the first film, then you will definitely love this one. It’s funny, quirky, silly, not the best movie in the world, but fun to watch and really that is the whole reason we go to movies in the first place. This is the perfect movie to see with girlfriends and a great reminder that even though life isn’t always perfect, if Bridget can make the best of it, so can we.