How to Be Single (2016)
Directed by Christian Ditter
Written by Abby Kohn, Marc Silverstein, & Dana Fox, adapted from the book by Liz Tuccillo

Being single can be one of the best experiences of someone’s life and for anyone that is single the best advice I can give is to enjoy it while it lasts. Now for the person who is single, that is probably the last thing they want to hear from their smug friends in long-term relationships or their happily married ones. Instead being single can feel really lonesome, depressing (literally everyone is in a relationship or at least it feels like that), and sometimes the constant disappoint of meeting another douchey guy can be too much to handle. But the reality of the whole situation is that women and men should embrace their single lifestyle and welcome it with open arms. In the film How to Be Single, directed by Christian Ditter and based on the novel of the same name by Liz Tuccillo, the story follows a group of women with their struggles in finding love in New York City.

The story revolves around Alice (Dakota Johnson); she is the type of girl who has always been in a relationship, so when she finds herself suddenly single she is clueless about how to proceed with dating. Cue her friend Robin (Rebel Wilson) who completely enjoys being single and knows all the ins-and-outs of dating in the Big Apple. She teaches Alice a thing or two about navigating a world filled with mixed messages sent via text (never send a guy an emoji right after you meet him it screams desperation) and how to talk to guys at crowded bars. 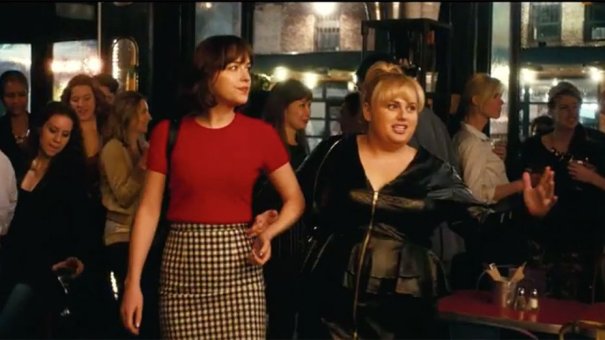 Alice lives with her older sister Meg (Leslie Mann), an overworked OB/GYN who rarely has time to sleep let alone date. She goes on a mission to have a baby of her own by finding a sperm donor, never really thinking she would meet anyone. When Ken (Jake Lacy) introduces himself to her at a work party, sparks fly and she cannot deny that she likes this much younger dude.

Then there is Lucy (Alison Brie), the single girl who has gone so far as to create an algorithm to try to find the perfect match on a dating site. She has a horrible WIFI connection in her home, so she sets up shop with her laptop and sweat pants at the local bar downstairs where Tom (Anders Holm) the snarky bartender and experienced lothario tries to give her dating advice.

All the meantime, Alice remains stuck between sort of still liking her ex Josh (Nicholas Braun) and meeting interesting new men like David (Damon Wayans Jr.), the single dad who is a total sweetheart. Alice must learn how to love herself before anyone else can come into her life and take pleasure in being a party of one.

I thought the film had a lot of funny moments in it, Johnson was great as the awkward, yet totally cute single gal and of course Wilson played her part to perfection and gave the film its most comical times. Part of me is kind of sick of seeing Wilson play the same persona, but we can’t deny that she plays it well and she embraces every inch of her wackiness which I totally love. 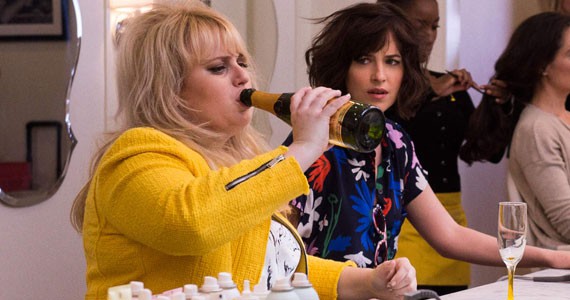 Mann was funny and probably had some of my favorite moments in the film, like when Jake sees her shopping for baby items when he had no idea she was pregnant and she totally freaks out. That was pretty funny and I enjoyed the banter between Brie and Holm. He is slowly coming out of his Workaholics persona and turning into a bona fide actor.

I felt that at many times this film was trying so hard to be like Sex and the City, but I guess anytime you put single women in a film set in New York City its difficult not to make that comparison. I liked this movie more than the annoying show Girls, which again gives us the same NYC scenario; in fact I would have thoroughly enjoyed this as a series on HBO. I think it would be really promising and I would love to see many of these characters shelled out more.

This is a perfect film to see with your girl friends as it just oozes female estrogen in every scene. It could also be a fun date night movie to drag your significant other to or maybe a first date, although that might result in you staying single. But hey it doesn’t matter because being single is liberating, exciting, and a great state of mind to be in at any age.