The Secret Life of Walter Mitty took almost two decades to come to life, due to several actors and directors continuously dropping out of the project. In 1994, actor Jim Carrey was supposed to take the lead role, but it felt through. In 1997,  Ron Howard was in the driver’s seat to direct the film, but then chose to make EdTV instead of this one. The saga went on as Steven Spielberg signed on to make the film in 2004, and eventually that never came to light. Owen Wilson was next as the lead actor, and then dropped out, Mike Meyers and even Sacha Baron Cohen were rumored to take on the role. This bouncing of directors and actors went on until 2012, when Ben Stiller decided to take control of the project. He signed on to both direct and star in the lead role of the film.

One of the main producers of the film, Samuel Goldwyn Jr., whose father produced the original 1947 version, has been one of the proponents of having the film live up to its’ original story. This has been one of the main reasons it could never come to light and be appropriately made. I believe that due to all the changes that occurred on the back end, the film ultimately suffered and failed to live up to the potential that it had set upon itself. Perhaps in the stress to get the film made, the narrative decisions that were chosen were not as fine tuned as they had hoped. The movie ended up as one with beautiful, creative images, but with all the effort that was put into that part, the substance of the film took a backseat.

The movie is about Walter Mitty (Ben Stiller); he is a day dreamer at heart and works arduous days at Life magazine as a photo editor. His office is located far from the buzz of a regular working room, it is quiet, dark and he is almost always alone. This gives him plenty of time to zone out and he goes to imaginary places in his head. He puts himself in scenarios that he would usually never have the guts to actually do in real life, like talk to his dream girl or travel to far off places he has only seen in the images he has viewed at work.

Life Magazine suddenly gets thrown upside down when a company headed by Ted Hendricks (Adam Scott), comes to shut the place down and turn it into an online magazine. Ted is pretty much a jerk and pretends to know what he is talking about, but he really is just a pompous phony. He also sort of picks on Walter, preying on his weakness, this drives Walter crazy, so much that he fantasizes about punching and kicking him like a true bad ass.

Walter works closely with the famed photographer Sean O’Connell (Sean Penn), he is everything that Walter is not. He is adventurous, has a wandering spirit and has the nature of a bad boy which women love. 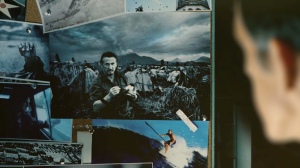 When he finds out about the closure of Life Magazine, he sends Walter a gift, a wallet etched with a cryptic message; telling him to essentially start living life. Walter doesn’t really get the gift and he tosses it aside.

Ted sets up a meeting and says they will use one of Sean’s photos and tells Walter to go find the specific slide, in doing so, he realizes out of all the film he sent that is the one that is missing. This spurs Walter into motion, he decides the hell with it, and he will travel around the world and find Sean and ask him where the slide is located. He doesn’t tell many people where he is going and only divulges it to his co-worker Sarah (Kristin Wigg), who he has a major crush on and can’t muster the courage to ask out on a date.

From here, Walter travels all over the world from Norway to Tibet, hiking mountains and traversing dangerous areas to get to Sean. The scenes that are shown through this portion of the film are beautiful. The shots are awesome and the CGI magic is fun to watch.

Honestly, the story bored me and I couldn’t find myself really even caring where the story went and if Walter found the slide. The narrative started out interesting and then like Walter, traveled all around, up and down, without giving us much to sink our teeth into.

Wiig was adorable as the love interest and I enjoyed seeing her in a sweeter more vulnerable way, instead of how she is always making fun of herself or being goofy. This movie made her seem like a real person, not just a comedian out to make the audience laugh. Stiller was sweet and warm in this role and his ability to be relatable is what made his character likeable.

Overall, it is not a horrible film, nor is it a great one. At points it is comedic, but not that funny and at points dramatic, but not really all that dramatic. Where to categorize this film, I am not sure? Regardless, it sits in a zone of blah, where given the choice to watch this movie or imagine it, I’d pick the imagining part in favor of sitting through this again.  The best part of the movie is the images themselves and it is the saving grace of the film. I don’t want to sound like I hated it, I thought it was okay. This movie may be enjoyed by kids for the fun, jet setting scenes and they probably wouldn’t care about the substance issue as much as adults, so it’s worth a watch with kids and teens.

Check out this cool poster that just made me laugh. Can I watch that movie instead? 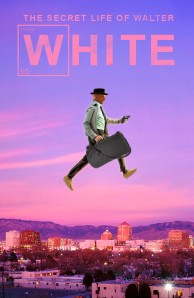