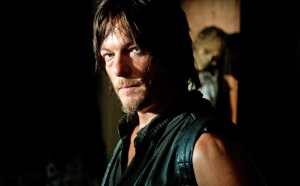 This week’s episode, “Still,” is what I like to call a “filler” episode. I made this term up to mean an episode that is just there as a filler or fluff to the rest of the season. Its main purpose is to help build the story by giving us background on characters or expanding more on a particular topic, sometimes these filler shows are helpful, but 9 times out of 10 they are just there as fodder to build up to a better episode.  Better yet, they are just there to explain something, but they end up feeling like a waste of time at the end.

This episode was focused on solely Daryl and Beth, the pair of lone stragglers who have yet to meet up or even know that the rest of their crew is still alive.

Beth is at the age where most young adults experience their first loves, booze, parties, sex, etc, yet she has endured nothing, but devastating moments. From her father being killed in front of her eyes, to some of her family becoming walkers and has yielded a weapon for a while now.

At this point, it is just her and Daryl, a man who has exhibits less emotion than anyone on the show. After watching him devour rattlesnake like it was a Medieval Time’s turkey leg, she decides that she wants a drink, a real alcoholic beverage. 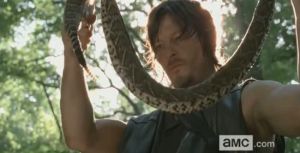 Daryl laughs at her, but she insists and he follows, even though she tells him she can take care of herself, she tells him they might as well go look for some alcohol, it’s not like they are doing anything else of importance. They wander off into a Country Club filled with what we perceive as rich dead people, the wads of money on the floor and the pearl necklaces and twin set cardigans offer us those clues. They find nothing there, but polo shirts and peach Schnapps. To which Daryl insists cannot be her first drink. Eww gross…

Daryl tells her he knows of a place that he ransacked with Michonne. There they find barrels of moonshine and start drinking up. Beth again persuades Daryl to have a drink because she doesn’t need him chaperoning her while she gets drunk.

Together they start drinking the moonshine and they play the drinking game “never have I ever,” to which Daryl thinks is super lame. This scene was actually really funny to me, tough guy Daryl answering stupid questions and him smirking through his answers. This moonshine pretty much hits him and he becomes a mean drunk and starts to go crazy and goes outside and makes Beth try to use his crossbow to kill a walker.

He pins the walker to a tree and just starts going off, Beth yells at him and ultimately the two end up embracing. All Daryl needed was a hug! 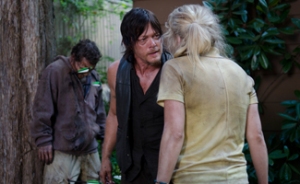 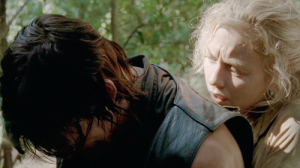 The two keep drinking moonshine on the porch till night falls, where he tells her that the house inside reminds him of his u known. It’s a piece of crap house filled with beer cans, cigarette butts and trash. Daryl never grew up in an idyllic home, so when the zombie apocalypse game it was no big deal to him, it didn’t change his lfie much since it was always filled with despair. 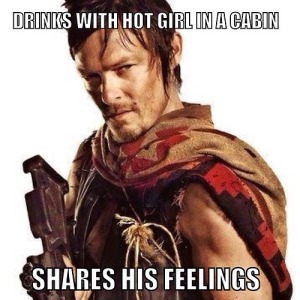 Beth suggests they burn the house down and they do almost in a symbolic way to say F U to the way that Daryl was raised. Together they point middle fingers in the air and walk away.

My question is why couldn’t they just stay there for the night and sleep? That place looked pretty walker free almost the who0le time they were there. I think it would beat sleeping in a car trunk.

Also, did anyone think that at some point Daryl and Beth were going to kiss? I felt like it was about to happen a few times on the show, but who knows maybe Daryl is saving himself for Carol. What do you guys think?

Will Bethyl be a new couple??